I Blurbed a Book! + The Collective Unconscious

There are few things more flattering to an author than to be asked to blurb a book. It's like a colleague saying to you "Hey. I think you might like my book. And if you do, I think other people might decide to give it a try because you liked it." I mean, that is no small thing, and I'm still kind of warm and giggly that Rachel Harris asked me to blurb The Fine Art of Pretending.

And then put my blurb on the COVER!


What's super-fun about being asked to blurb this particular book, is that it's similar to my own book, The Art of Lainey. It's not just the "Art of" titles and fluffy romantic comedy genre that our books have in common. Both Rachel's MC and my own enter into agreements with boys where they pretend to date them to further their own agendas. Is the outcome the same? I'll never tell :)

Now maybe you're thinking "Whoa. You wrote the same idea at basically the same time? How did THAT happen? Are you in the same writing group?" No. Rachel and I have never met. We wrote our books without ever mentioning to each other what we were working on. I credit this coincidence to a little thing called the collective unconscious. If you're not familiar with the collective unconscious and you want to ponder some deep thoughts, give this link a read. Basically the idea is that everyone has an artificial conscious made up of our experiences, and then a deeper level of consciousness that we all share, which is only accessible via dreams and mystical experiences. When we tap into our creativity, we tap into this more fluid mystical level of consciousness, and sometimes end up in the same place.

This happens all the time in publishing. You see it in titles. You see it in covers. You see it in plots. Sure, super-jaded people will roll their eyes and mutter about copycats (I'm talking about you, Hunger Games haters), but often it's just two people with the same ideas at the same time. I remember when I queried The Art of Lainey and pitched it as "for fans of Jennifer Echols or Elizabeth Scott." My agent told me she was going to send it out on sub as "for fans of Stephanie Perkins" because she felt we had a more similar voice and tone. Well, all I knew about Stephanie Perkins was that she was cool and had fun hair, and that her books were mega-popular. I hadn't read them yet because I was on a major dystopian kick at the time.

So one weekend, while LAINEY was on sub, I sat down and read both Anna and the French Kiss and Lola and the Boy Next Door. And had a panic attack. I couldn''t even appreciate how awesome the books were because I was so terrified.

Stephanie's books have a sassy girl who says "dude" a lot and bleaches a streak of her hair. They have a short guy who is afraid of heights, who happens to be a hot British male. And LOLA has a mom who reads tea leaves. The narration is in first person, present-tense. Guess whose book ALSO had all those things? Yep. Mine. Well, my MC wears a teal clip-in hair extension, but STILL. I was freaked.  I emailed my agent at 0200 like WHY DIDN'T YOU TELL ME I WAS A PSYCHIC PLAGIARIZER?? THE WHOLE WORLD IS GONNA THINK I'M A COPYCAT. OMG, I HAVE NEVER SEEN TEA LEAVES IN A BOOK BEFORE *CRY* I expected her to tell me I was overreacting, but she was like "Huh. That is a lot of similarities."

Ultimately I decided to revise the book, making the short guy taller, and eventually eliminating the fear of heights and hot British guy completely. I kept the "dude" though, because that's true to my character. Plus, after writing all those historicals, I believe I've earned the right to say "dude" as much as I want :) Dude, dude, dude. Dude--you have no idea how good that feels. And I kept the tea leaves, because I researched them to death and they were literally part of my book's first sentence from my very first draft.

And I have heard much stranger stories than mine. An author-colleague once finished a very detailed draft of a historical book about a certain period of time only to read an issue of Publisher's Lunch and see the deal announcement for her exact same setting and plot--a book by an NYT bestseller, naturally. She ended up abandoning the project. [Note to self: NEVER read Publisher's Lunch.] And not too long ago a friend of mine told me how the first draft of her book had a special planet called Elysium where the privileged lived. And then that Matt Damon movie came out, with a special planet called Elysium where the privileged lived. Awkward. Thank goodness she had time to change it.

So next time you see twin covers or twin synopses, think about the collective unconscious. And be sure to add The Fine Art of Pretending to your TBR, because Rachel Harris really is gifted when it comes to creating relationships. I'm in love with every single one of her book boys. And in case you're wondering, even though our books have a common genre and plot element, the resulting stories are very different--both totally readworthy books in their own right.

What Reviews Mean to Me

In case you missed it, the lovely people at HarperTeen made The Art of Lainey available on Edelweiss a couple of weeks ago. That doesn’t mean everyone can read it for free, but it does mean if you’re a book blogger, book reviewer, bookseller, or librarian who is a registered Edelweiss user, you can probably access the text of the ARC.

If you are one of those people, and enjoy contemporary YA books, I would love for you to read and review my novel. I am grateful for every single review: the glowing, the critical, and all of those in between. I can’t speak for other authors, but here are a few reasons why reviews are so important to me:

1. Reviews provide helpful feedback. This isn’t the most important reason, but it’s the most obvious. If a lot of reviewers enjoyed the book, that tells me I did something right. If a lot of reviewers despised the book, that tells me that maybe I didn’t execute the story as well as I would have liked. It stings a little bit to read bad reviews, but they inevitably fall into one of two categories—the ones I agree with, which can be helpful in my future writing, and the ones I don’t agree with, which is simply a matter of different strokes for different folks.

True story: my very good friend Christina, who happens to be a book blogger and reviewer, was one of the first people to read The Art of Lainey. “I love it,” she said. “There’s only one thing I didn’t like.” She told me what that one thing was and it turned out to be something my publisher had concerns with too, something I thought I had addressed but maybe not well enough. I thought about Christina’s reaction. I went back to the MS and took a hard look at it. And I made a couple more changes because ultimately I agreed with her. My book is better because my friend had the guts to say “Hey, maybe you want to do this a little differently?” Thank you, C.

By the time you write your review, it might be too late to make changes to the book, but it will never be too late for me to consider your comments and use them to grow and improve as a writer. So please, please, if you know me in real life or online, don’t refrain from posting an honest review of my books because you don’t want to hurt my feelings. My feelings can take it, I care what you think, and also because…


2. Reviews sell books. When I stumble across a book on a website with tons of reviews, my initial thought is “Wow. This is popular. How come I’ve never heard of it?” It doesn’t matter if the average rating is 3.0 or 4.5—I’m immediately curious to find out what I’ve been missing. I don’t usually read indie published books (nothing against them, I just prefer to support the traditional publishing industry because I'm a part of it) but I bought a copy of Susan Ee’s Angelfall** when I saw how many reviews it had.  And I loved it--I’m buying the sequel. I never would have given that book a second glance if it only had 20 reviews—even if all 20 were 5-star ratings. No one expects a book to have only glowing reviews. Your middling or negative comments legitimize the positive reviews, if that makes sense. Also...


3. Reviews sell books to the right people. Sometimes I’ll read a negative review that says “This book had too much swearing and underage drinking” or “I hated that this book had a love triangle.” Readers are totally justified in not liking those things. However, those things don’t bother me, so those reviews they don’t affect whether I’ll buy a book. Other reviews says stuff like “This book was really slow-paced and took 250 pages to get to the inciting incident” or “I hated that the heroine’s pet kitten died a brutal death.” When I read that, I’m less likely to pick up a book, and that’s actually a good thing for everyone involved. Maybe it means that I don’t buy a book I was thinking of buying, but I am much more likely to buy the author’s future books if I haven’t labeled her or him in my brain as slow-paced or “Violent Kitten Killer Author.” 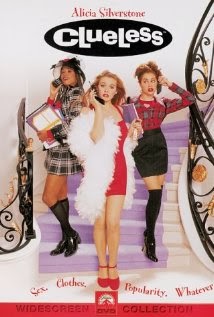 I’ll be the first to tell you that if you don’t like funny romantic books or movies like Clueless and Easy A, that you probably won’t like The Art of Lainey. Maybe you think that’s me harming my sales, but I am looking at my long-term career, not just maximizing sales on one book. My second contemp, Liars, Inc., is much darker in tone and context, with dead bodies and plot twists galore. I am not sure how much reader overlap I will have between LAINEY and LIARS, and that’s okay. But I would rather not alienate potential LIARS fans  by encouraging them to buy LAINEY if it’s "not for them." So in that way, I see the critical reviews I get for LAINEY as possibly benefiting my overall career. Finally...

4. Reviews motivate me. On those days when I'm banging my head against the wall and wondering if the writing life is really worth it, I sometimes flip through my emails or reviews. When readers say stuff like "I loved this book!" or "this book helped me through a tough time" it reminds me of why the writing life will always be worth it.

**Angelfall is now being published by Amz/Skyscape. My copy was purchased before that sale happened.