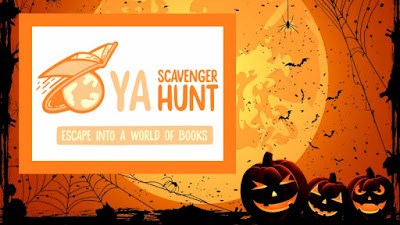 Hi hi! Once again it's time for the YA Scavenger Hunt!!! YASH gives you a chance to check out scads of fun bonus material and enter to win like a bajillion books. If you're new to the hunt, confused about how to play, or you get stuck somewhere, check this site for instructions on how to hunt. The hunt starts at noon Pacific (so 3:00 pm Eastern) on October 2nd and runs through noon Pacific on October 7th. My post will go up the night before, as usual, so that organizers have time to verify links, but if you start hunting early, keep in mind that some of the links might be inactive. 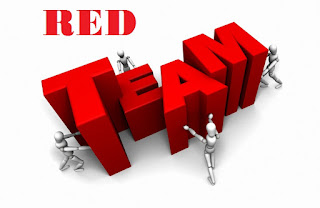 Once again, I am proud to represent the  RED TEAM! I'm hosting Jennifer Brody!

Jennifer is promoting THE 13TH CONTINUUM.

Here’s more about the book:

One thousand years after a cataclysmic event leaves humanity on the brink of extinction, the descendants of the chosen survivors take refuge in thirteen contingency shelters buried deep underground, at the bottom of the ocean, and in the far reaches of outer space.

In the underwater 13th Continuum, sixteen-year-old Myra Jackson has heard rumors and whisperings all her life of a magical place called "The Surface” where people could breathe fresh air, feel the warmth of something called sunlight on their skin, and see things known as stars and trees and mountains. Myra has never dared to ask whether the stories are true, since the act of speaking such words aloud is an offense punishable by death. But after she discovers that the air supply aboard her underwater colony is running out, she realizes that her only hope for survival is to find this mysterious place. To get there, she must first recover the only guide to the Surface―the Beacon, an ancient device that also connects her to Captain Aero Wright, a dashing young soldier from one of the only remaining space colonies.

With the fate of all humankind depending on them, Myra and Aero must escape the tyrannical forces that rule their colonies, journey through the black depths of the ocean and across the cold void of space, to find each other on the Surface that their ancestors once called home.


Wow, this sounds amazing! I love the ocean so much that I really want to check out this series so I can experience the black depths of the ocean with Myra and Aero.

For her bonus content, Jennifer is sharing a short story from the Continuum universe. Below the story, you'll find more info on Jennifer and a secondary contest from me, as well as a link to a multi-author Instagram contest I'm running right now where you can win eight thrilling, chilling YA novels--just in time for Halloween! Because you can never have too many giveaways, right? BTW, Jen and I have the same lucky number this hunt, the number thirteen! (13) That's the number you need for this post. And now [drum roll] here's Jen!


Jennifer: This story takes place in the Continuum Universe created in my Continuum Trilogy. The books explore what happens after the surface of the Earth is destroyed and humans are evacuated to colonies located in different environments—underwater, underground, and outer space. Hope you enjoy it!

Paula: Whoa. Holy sea, indeed! That was seriously intense. I can't wait to find out what happens when these two girls meet up :)

Jennifer Brody is the award-winning author of THE 13TH CONTINUUM. Her book sold in a 3-book deal and is being packaged into television show. Translation rights have sold in many territories, most notably Russia and China. RETURN OF THE CONTINUUMS (Book 2) and THE UNITED CONTINUUMS (Book 3) complete this epic trilogy. She is a graduate of Harvard University, a creative writing instructor at the Writing Pad, and a volunteer mentor for the Young Storytellers Foundation. She founded and runs BookPod, a social media group for authors. She lives and writes in LA, where she's hard at work on her next book.

One lucky red team winner will score a mega prize pack, including THE 13TH CONTINUUM and HIDDEN PIECES. I'm also running a secondary giveaway where one lucky reader can score paperbacks of my other three mysteries: LIARS, INC., VICARIOUS, and FEROCIOUS (INT). 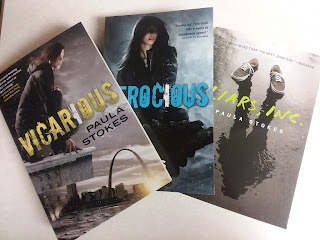 To enter, just fill out the Rafflecopter below. 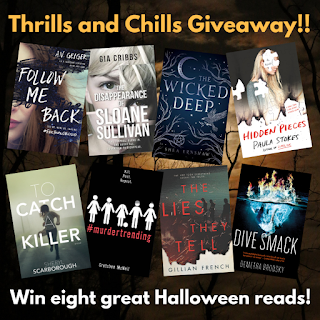 This one is not YASH-affiliated, but just in case you missed it, I'm part of a group giveaway on Instagram this week with seven other mystery/thriller authors. Wanna enter to win eight more books? Click here for full details.

Are you hungry for more exclusive content, epic secondary contests, and general YASH mayhem?!? Margot Harrison is next for the Red Team!

As always, A HUGE THANK YOU to the organizers of the hunt for including me, and to all of the participants for taking the time to stop by our blogs and enter our contests. We couldn't do this without you.

Posted by Paula Stokes at 10:48 PM No comments: