Five Things You Might Not Know About LIARS, INC. 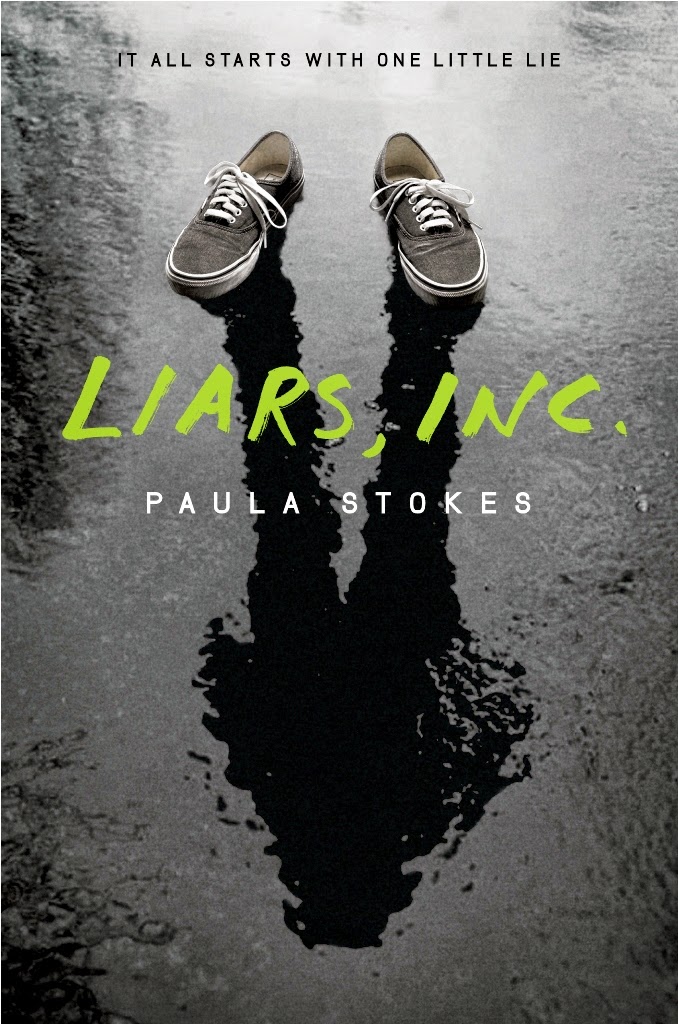 Max Cantrell has never been a big fan of the truth, so when the opportunity arises to sell lies to his classmates, it sounds like a good way to make a little money and liven up a boring senior year. With the help of his friends Preston and Parvati, Max starts a business providing forged permission slips and cover stories for the students of Vista Palisades High. Liars, Inc. they call it. Suddenly everybody needs something and the cash starts pouring in. Who knew lying could be so lucrative?

When Preston wants his own cover story to go visit a girl he met online, Max doesn’t think twice about hooking him up. Until Preston never comes home. Then the evidence starts to pile up—terrifying clues that lead the cops to Preston’s body. Terrifying clues that point to Max as the murderer.

Can Max find the real killer before he goes to prison for a crime he didn’t commit? Paula Stokes starts with one single white lie and weaves a twisted tale that will have readers guessing until the explosive final chapters.

Tis the season for shiny new e-galleys to be downloaded from Edelweiss and read eight months before the books appear in stores. LIARS, INC. is one of the new HarperTeen titles available, and here are a few things you might want to know.

1. The ARC is a WIP.
There’s nothing horribly wrong with the advanced reader copy of LIARS, INC. Multiple people I trust have read it and really enjoyed it, and I didn't make any massive changes like switch the identity of the killer or anything. But I did make over 100 changes—mostly small—since the galley got printed. So if you read an early version, you’ll be reading the text with some legal/weapons inaccuracies, continuity errors, overused phrases, and a couple hazy areas where Max forgets to share his thought process with the reader. You’ll also be missing a few passages added to strengthen some plot/character elements and to tie up a couple loose ends.

Why all the fixes? A lot of reasons, most of them #AuthorFail. When I work nonstop doing several revision rounds back to back, I don’t get enough distance from my MS to see what’s on the page. I see what my brain knows is supposed to be on the page, only sometimes it’s not there because I pulled it out in an earlier revision round. Sometimes it was never there to start with. Then the MS goes away for a month or more to be proofed/printed and when I get it back to look at again I can suddenly see all the things that I missed. I also got last-minute feedback from a beta-reader who had a few questions and I realized I could do a better job clarifying a couple of issues. If you are a reviewer who read the ARC but want to know about the larger revisions I've made to the final book, email me via the info on my Contact page and I'll send you a Word doc summary of the changes.


2. Once again, the main characters are flawed.
I wrote Max as sort of an emotionally unavailable loner. He starts out fairly standoffish with his adoptive parents, and he really only has 2 friends. He does some questionable things at the urging of these friends, because he thinks they're smarter than him and they're the only people he trusts. Because this is in first-person, the reader is inside Max’s head, which is not always the nicest place to be. Max thinks some snarky and hurtful thoughts during parts of this book, but try to keep in mind what he thinks and what he says are different. All teen boys—all humans!—think angry or sarcastic things sometimes, but just like in real life, the best judge of a person is by their actions.

I wrote Parvati to be a high-functioning sufferer of Borderline Personality Disorder. She’s not suicidal, but she does possess most of the other BPD symptoms in various degrees. You don't necessarily SEE all of them, because Max doesn't, but there's a lot playing into some of her actions and choices.

Why did I choose to write about these people? Take your pick:

3. This book only barely passes the Bechdel Test.
This bothered me at first because I consider myself a feminist and a writer of girl-power things, and I had been brainwashed by the media to think this test was a gold standard. But then I did a little research about how the Bechdel test originated. And even if you believe this test is a good measure of feminist creative work (After careful consideration, I don’t, though I do think the original context of Bechdel’s cartoon had something important to say about women in Hollywood), you should consider the differences between movies and novels before you start judging. No movie I can think of has ever been shot in first-person limited POV, but many books are written like this, which makes passing the Bechdel Test a lot tougher. And my book features a male protagonist who spends much of the story alone, hiding from the feds and investigating a crime. So no, not a ton of chances for women to talk to other women about non-guy-related things.

But you know what? That’s totally okay with me. For one because there’s plenty of stated/implied women talking to women about non-guy-things going on offscreen. If my book were a movie, could some of this be shown via an omniscient POV? Sure, why not? More importantly, just like the women in the Harry Potter books (some of which I’m told don’t pass the Bechdel test), the women in LIARS, INC. all possess strength and smarts and general badassery. Parvati, even with her flaws, is a fiercely ambitious teen girl who wants to join the CIA someday. She’s reckless, but takes responsibility for her actions. She never lets society tell her who she should be. Her mother is a lawyer who married outside of her race for love, even though that meant being ostracized by some of her family. Max’s mom, Darla, is her own brand of admirable, as is his little sister Amanda, who suffers from cystic fibrosis but never lets it get her down. The whole point of Bechdel’s “test” was to point out that the role of women in film at that time was to focus their attention on men. My women, yeah, they don't do that. If anything, the females of LIARS, INC. overshadow the boys. They are strong, interesting, capable people who know what they want out of life and aren’t afraid to go after it. That’s feminist, if you ask me. For more about the problem of using the Bechdel Test to judge creative works, read this post by Jenny Trout.

4. This book has more objectionable content than THE ART OF LAINEY.
Max is a teen boy, the kind of kid who wears ripped jeans and hoodies and sometimes falls asleep in class. I’m not going to say all of those guys swear, but some do, and Max does. We’re not talking super-profane, but there are about 20 F-bombs, and various numbers of other swears. There is also sex. It’s not gratuitous, but it’s not completely fade to black. There is also mention of past drug use and one instance of underage drinking. I am not apologizing for any of this--I’m merely telling you it’s there so you can skip my book if that stuff offends you. Trust me, sometimes I wish I could be happy writing the kind of super-clean-teen books that make it into a lot of schools and libraries, but I didn't grow up in a G-rated world and I don't live in one now. I have to create my worlds in a way that feels authentic to me and meshes with my plot and characters.

5. This book is a standalone with companion book potential.
LIARS wraps up the mystery threads and addresses the romantic subplot for the most part, but I’ve got at least three ideas for companion novels. One of them is already outlined and partially written. Different story, different main character, but still slightly overlapping in cast. I did this last summer when I had some free time between revision rounds, and it's a really cool tale that takes place mostly abroad and features a racially diverse cast of characters--kind of like Homeland  meets Nikita meets Jennifer Lynne Barnes's The Naturals series. I have no idea what kind of sales numbers LIARS would have to post for my publisher to buy a second INC. book since they’ve already bought more romantic comedies from me, but the thought of letting go of these characters forever makes my insides hurt. This could very well be a book I self pub if the publisher doesn’t pick it up.

Do you want to win an ARC of LIARS, INC.? I'm giving one away (INT) when I reach 1000 Facebook likes, so like my page here. For a second chance to win, RT this twitter status before 8/18.