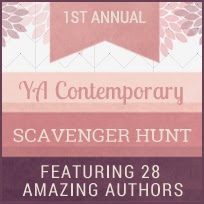 Paula: Hi everybody. This post is part of the 2014 Contemporary Scavenger Hunt sponsored by Katie's Book Blog and The Book Belles. As far as I know, there's no math required for this hunt :) It's all about fun interviews and winning stuff!

Before we start, I just wanted to say that I hope everyone is feeling safe, and maybe a little happier than they were last week. I miss all your smiles on twitter. Okay, I got the super-fun job of interviewing my publisher-sister Rachael Allen, author of 17 FIRST KISSES. Here's a little more about her book: 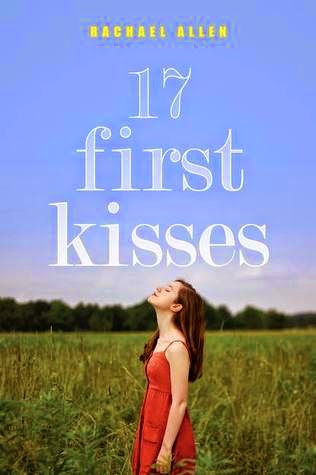 Sometimes a girl has to kiss a lot of frogs…

No matter how many boys Claire kisses, she can’t seem to find a decent boyfriend. Someone who wouldn’t rather date her gorgeous best friend, Megan. Someone who won’t freak out when he learns about the tragedy her family still hasn’t recovered from. Someone whose kisses can carry her away from her backwoods town for one fleeting moment.

Luke’s adorable and he’s lived all over the world. But Megan is falling for Luke, too, and if there’s one thing Claire knows for sure, it’s that Megan’s pretty much irresistible.

With true love and best friendship on the line, Claire suddenly has everything to lose. And what she learns—about her crush, her friends, and most of all herself—makes the choices even harder.

In her moving debut, Rachael Allen brilliantly captures the complexities of friendship, the struggles of self-discovery, and the difficulties of trying to find love in high school. Fans of Sarah Ockler, Susane Colasanti, and Stephanie Perkins will fall head over heels for this addictive, heartfelt, and often hilarious modern love story.


Paula: Aaaaaaand, now for the interview!

1. I am sure fifty million people have asked you "So what's the book about?" and then there's also that helpful flap copy available everywhere online. So I'm not going to ask you that, exactly, but let's say you're at an event and you are asked by an evil moderator to describe your book in a single tweet. What do you say?

*cough* You may be sensing a theme. *cough*


2. Now that same evil moderator (we'll find her later and take turns giving her swirlies) makes you describe yourself in a tweet. Who are you, Rachael Allen?

I'm a YA writer, a mad scientist, a rabid Falcons fan, a wannabe explorer & a hugger. I love my two kiddos, my husband, my dogs & reading.

Whew. That one was REALLY hard.

3. I love your cover and I'm sure that you do too, but what if the whole Harper art department had gone on strike and you were solely responsible for designing it? You can hire someone to actually help you make it, but you have to decide what it looks like. So...what does it look like?

Thank you! I love it too! And the cover model looks like my little sister (unexpected bonus!).

A secret: I suck at that stuff. Thank GOODNESS I'm not solely responsible for designing my covers. I'd probably give the designer some examples of covers in my genre that I really love: 20 BOY SUMMER, KISSING KATE, THE MISEDUCATION OF CAMERON POST. I'd tell them I’d love for the rural feel to come across in the cover, and I'd love some pretty font, and also if it could not be a kissing cover, that would be great, kthanks. <--- Can you believe Harper came up with my cover without me telling them any of that?! *realigns aluminum foil hat mind reading blocking device*

Another secret: I’ve gotten a sneak peek at the cover for my second book, and I love that one even more! It’s about four girls banding together to beat the football team at their yearly scavenger hunt, so I’m pretty psyched to be part of a YA scavenger hunt today.

4. I also bet you've been asked plenty about kissing, so I'm going to ask about that too. Why? Because kissing is awesome...except when it's not. Tell me about your WORST kissing experience.

My boyfriend and I had just broken up. I was at a party. And there was this guy.
He had the most gorgeous, powerful brown eyes. Electric eyes. They reeled me over. We talked for a while, and then the rushing sensation in my stomach told me we were going to kiss. My first kiss in three years that wasn’t with my boyfriend. My lips went warm with anticipation.
And then, he kissed me.

I waited for fireworks, but instead felt ... his tongue. And it was huge. No, seriously, it was mammoth. It took up almost my entire mouth, until it was practically gagging me.

And I’m thinking, Who has a tongue this big? It's like a cow tongue. And how could some one have a tongue this big without being told, 'Hey, you kind of have a ginormous tongue. How about you only use the first 1/16th of it when you kiss a person.'

Well, are you going to tell him?

I pulled away and tried to wipe my mouth on my sleeve without being too obvious. His monster tongue had taken up all the room in my mouth, leaving no room for my saliva. Or his. He moved to kiss me again, and I instinctively jerked my head away, but even as I did, couldn't help gazing into his chocolate eyes. They were the kind of eyes a girl could get lost in, the kind that could almost make you forget a pulsating cow tongue. Almost.

It is really too bad when you kiss me I get a mental image of an alien trying to implant its spawn in the back of my throat, I thought.

And then I tore myself away from his beautiful eyes with a heavy heart and a wet face.

[Paula: *is kind of sorry she asked, but not really*]

5. Do you have drawer novels? Either finished or mostly finished manuscripts that didn't sell and will probably never see the light of day? If so, tell me about one of them and why you think it didn't work out. If you don't have drawer novels, hold for my steely glare. Just kidding, glaring makes wrinkles :)

Okay, I almost spit orange juice on my computer screen over the wrinkles thing. I have three manuscripts that I wrote before 17FK that I think of as my learning curve. I would never, ever show them to my agent or editor or really any human ever. (I never even queried them – 17FK was the first thing I sent out into the world because I self-rejected the other three.)

One of them was called Swimming in Fountains, [Paula: Wait. I am not the only person who swims in fountains?] and it was a New Adult book set in a sorority. Why it didn’t work: It was New Adult before New Adult was cool, and also it didn’t have a plot (apparently you need those). I don’t think I’ll ever try to rework any of those drawer books, but I might steal a scene or character here and there.

6. Name one book you keep on your bookshelf at home because the writing is your idea of YA perfection.

DAUGHTER OF SMOKE AND BONE by Laini Taylor

7. Name one book you are eagerly looking forward to reading.

I can't name just one, so here's a few that just came out/are about to come out that I'm dying to read:

8. And finally, from the choose-your-own-self-pimping category, what's one question you wish people would ask you more in interviews, and what's the answer to that question?

I wish people would ask me how alike Claire and I are because I think sometimes people assume books are autobiographical, and they so aren’t! So…what do Claire and I have in common?

And that may seem like a lot of things, but I could do the same thing with Megan (who most people would say, isn’t at all like Claire):

So, yeah. Just because you read something in a book, don’t assume the author has kissed all five members of a band or ordered crabs online or used a tampon to stop a crush’s nosebleed. I have, however, eaten one of the Marie Antoinette cupcakes mentioned in the book, and they are every bit as good as you are imagining right now.

Rachael Allen lives in Atlanta, GA where she's working furiously on her PhD in neuroscience. When she's not doing science or writing YA, you can find her chasing after her toddler and her two sled dogs. Her debut YA novel 17 FIRST KISSES, is forthcoming from Harper Teen. Rachael may or may not have had 17 first kisses...luckily she doesn't kiss and tell.

Aaaaaand now for the giveaway! Rachael is kindly providing a free copy of 17 First Kisses, plus swag--US only. All you have to do is answer the Rafflecopter question in the comments--Tell us your favorite fictional scene involving kisses, cupcakes, or both!

a Rafflecopter giveaway
Posted by Paula Stokes at 12:18 AM