Hi lovely peeps! I am going to be away from the internet for a few days because I am going back to St. Louis to celebrate Birtsgivingmas, AKA Thanksgiving + my mom's birthday + Christmas, all handily rescheduled into one week when I can actually afford to fly ;)

I thought I'd leave you with some info about a great deal on a great book! I read THEY CALL ME ALEXANDRA GASTONE because the author seemed really cool and because I'm a sucker for spy-girl books, even though they sometimes end up disappointing me. I'm happy to report this book was not a disappointment in the least. It's well-written, compelling, realistic (despite featuring a fictional country, and do you know how hard that is to pull off?), and even brings the feels at the end. If you're a fan of the TV show ALIAS or books by Ally Carter, you should definitely give this one a go. 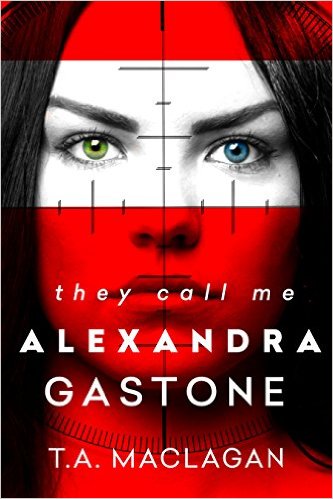 For seven years, “Alexandra” has been on standby and life’s been good. Grandpa Albert loves her, and her strategically chosen boyfriend, Grant, is amazing.

But things are about to change. Perun no longer needs her at the CIA in five years’ time. They need her active now.


Here's the author, T.A. Maclagan to tell you more about the book:

T.A.: I was thrilled to learn that Amazon selected my debut novel, They Call Me Alexandra Gastone, as a $1.99 Holiday Deal for the month of December. That said, there are A LOT of books on sale right now, so the competition is stiff. As such, you might be wondering why you should buy mine over others.

First, let me spark your interest with a few reviews…

"...the intersection of action, espionage, and drama makes for solid...entertainment: readers will gladly sit back and watch Alexandra navigate the obstacle course that comes with playing her role too well. It's a strong debut for New Zealand author Maclagan." --Publisher's Weekly

"Death-threats, global takeover, double-agents, hidden files and a blown cover--by the time you get to the shocking conclusion of this cliff-hanger, you won't know who to trust..." --Girls' Life

"An intricate, debut spy thriller...readers will keep turning pages, and the surprise ending will have them anxiously awaiting a sequel." --Booklist

"A solid debut that has both heart and smarts. Clever, solidly paced, and power-packed with a killer voice. They Call Me Alexandra Gastone is a blast to read. A perfect balance of mystery, romance, and betrayal. Bring on the sequel!" -- Lindsay Cummings, author of The Murder Complex 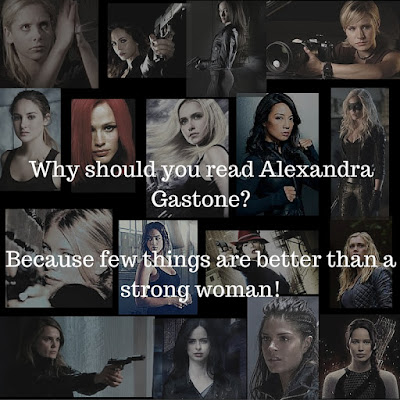 As both a woman and an author, I love butt kicking female characters who are strong but not invulnerable. I like morally complex characters who struggle through life, love and whatever horrible situation they’ve been put in and who ultimately come out the other side tougher than before. Alexandra Gastone is just such a character, so if you love the likes of Buffy, Katniss, Tris and Clarke, then pick up a copy of Alexandra Gastone for the bargain basement price of $1.99!

There’s a $15 Amazon gift card up for grabs today as a thank you for stopping by, so check out the rafflecopter below! And if Alexandra Gastone sounds right up your alley, check out my dream movie cast or my blog post on the top 10 butt kicking females who influenced Alexandra Gastone!

Click here for the Rafflecopter where you can enter to win a $15 Amazon gift card!