Hi everyone. Today I’m introducing a mini-travelogue blog tour for FEROCIOUS. This tour is in addition to a bigger tour planned by my publisher, so if you see overlapping posts, that’s why. The other tour is mostly videos and reviews—this one highlights the different parts of Korea that Winter Kim travels to in the sequel to VICARIOUS. Both tours include giveaways, so you should definitely check them out :)

I spent a year living in Seoul from 2005 to 2006, during which I fell in love with the frenetic pace and high-tech feel of the city. You might be surprised to find out that some of the technological advances that are somewhat new to the US, like paying for purchases with your cell phones, were already commonplace in Seoul over ten years ago. Korea is definitely ahead of the US when it comes to certain things.

I returned to Seoul in January of 2016 for research and so I could see how things had changed. I unfortunately got sick soon after arriving, so I stuck to the stuff that was essential for the novel and didn't do much sightseeing. That means my pictures (featured in four of these blog tour posts) aren't as gorgeous as they might have been, but you should totally go to Korea if you ever get the chance because it's amazing. 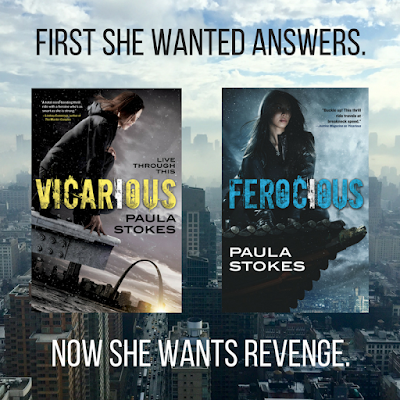 At the end of Vicarious, Winter is standing at a St. Louis train station, forced to decide between going to her therapist appointment as scheduled or embarking upon a mission of revenge. Spoiler: she goes for Option #2. This leads her from St. Louis to Los Angeles and then back to her homeland of South Korea.

While in Seoul, Winter visits several different areas of the city. At the end of the book, she has left the mainland for Jeju-do, a volcanic island located off the Southwest corner of the Korean peninsula. Follow this tour for a sneak peek at some of the unique and colorful settings of Winter’s adventures in Ferocious.

Fri. Aug 18: Jeju Island Love is not a Triangle 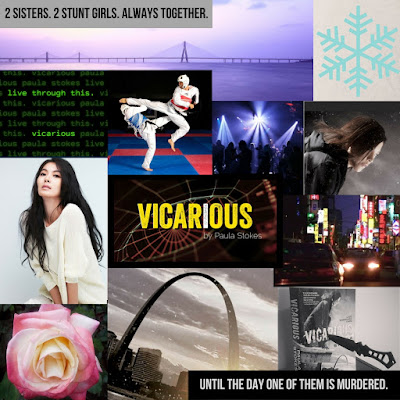 Have you read the first book in the duology? Here’s the mood board for Vicarious. Click here to learn more about the book and read the first few chapters!

Tomorrow, see the first place Winter and Jesse go when they arrive in Seoul over at Jenn Ryland Reviews.
Posted by Paula Stokes at 12:00 AM