Giveaway: THEY CALL ME ALEXANDRA GASTONE

Hi guys! This week's #SizzlingSummerMysteries giveaway is an espionage mystery! They Call Me Alexandra Gastone  is (to quote ALA Booklist)  "an intricate debut spy thriller." It was written by T.A. Maclagan, a lovely author I met on Twitter, and a girl whose last name I spell wrong about 75% of the time.

I love spy-girl books, but I'll admit I generally don't hold them to very high standards. I mean, come on, a teen girl juggling high school with working for a government agency--a girl who is usually skilled at disguises, languages, weapons, martial arts and yet can't manage to handle her love life? Yeah, to me a lot of YA spy thrillers are fun, but implausible. So imagine my surprise when this book turned out to be incredibly realistic from the very beginning. This is an intelligent, well-researched espionage book. The main character, Lex, is balanced and believable throughout the entire story. I felt like I was reading a YA written by Tom Clancy. It is the first book of a duology and does end on a bit of a cliffhanger, but not without resolving the major storyline. if you like spy thrillers, I highly recommend TCMAG. 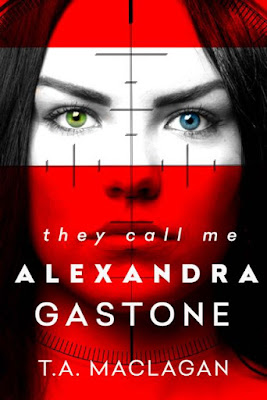 For seven years, “Alexandra” has been on standby and life’s been good. Grandpa Albert loves her, and her strategically chosen boyfriend, Grant, is amazing.
But things are about to change. Perun no longer needs her at the CIA in five years’ time. They need her active now. 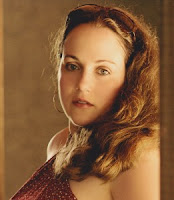 T.A. Maclagan is a Kansas girl by birth but now lives in the bush-clad hills of Wellington, New Zealand with her Kiwi husband, son and four pampered cats. With a bachelor’s degree in biology and a Ph.D. in anthropology, she’s studied poison dart frogs in the rainforests of Costa Rica, howler monkeys in Panama and the very exotic and always elusive American farmer. It was as she was writing her ‘just the facts’ dissertation that T.A. felt the call to pursue something more imaginative and discovered a passion for creative writing.They Call Me Alexandra Gastone is her first novel.

Here's Tiff telling us more about her debut novel:

2. What is/are your favorite thing/s about the story?

As a big fan of strong female characters like Buffy and Veronica Mars, I love that Lex is that type of female lead. She’s both physically strong and mentally resourceful while also being realistically vulnerable. She’s not a ‘can do no wrong’ badass. She can and does get hurt but she’s strong enough to make it to the other side of everything life keeps throwing at her.

Nailing the lead character of Lex was the hardest part. As a spy for the ‘other’ side, I had to walk a fine line in order to make her likeable as well as believable. In my early drafts she was coming across as distant and afraid to engage in her relationships, which made it hard for the reader to connect with her. With the help of my agent, we eventually found what I hope is the perfect balance.

4. If this book becomes a movie, what song would play during the credits?

Radioactive by Imagine Dragons. It has an espionage feel to it and is all about a life coming apart at the seams.

5. Who are the authors/writers who have made you want to get in the writing game?

I’m a huge fan of Steve Hamilton, the author behind The Lock Artist. His characters have killer voices and he’s a masterful plotter. Joss Whedon and Rob Thomas—the minds behind Buffy and Veronica Mars—have also been big influences. I love their whip-smart dialogue and the way they develop their characters. I think shows like Buffy and Veronica Mars are very empowering to women, which I love.

Paula: OMG. Anyone who likes Buffy and Veronica, will probably also like Liv Moore from iZombie. I also feel compelled to point out that U.S. peeps can watch some iZombie and the entire series of Buffy the Vampire Slayer on Hulu right now. Okay, enough jibber-jabbering by me. Get your Rafflecopter on already ;)


a Rafflecopter giveaway
BONUS GIVEAWAY--ICYMI: Check out an interview with Parvati from Liars, Inc. and enter to win a copy of my latest mystery over on In Love With Handmade.